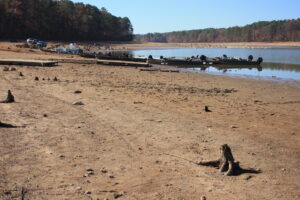 After being blocked on Twitter by the ubiquitous climate celebrity Michael E. Mann (@michaelemann) for daring to say that many doomers are kind and generous individuals (as I documented in this post), I have seen his type of behavior repeated by several other so-called apocaloptimists.  In this short post, I want to outline a new climate-based Internet adage that I am going to term “Mann’s Law.”

The idea for Mann’s Law comes from two similar laws pertaining to Internet culture.  These are Godwin’s Law and Poe’s Law.  If you don’t know them, it is worthwhile restating these laws, which I am going to do in my own words here.  A simple Google search will provide many other sources for more complete history and definition of these terms.  Here they are:

Godwin’s Law:  The longer an online discussion gets, the higher the probability that a reference to Hitler or Nazis will occur in a post.

Poe’s Law: No matter how obvious you make your sarcasm in a post, there is always a reader who will not get the sarcasm and will take the post seriously.

And so I give you,

Mann’s Law: Every discussion of the future consequences of climate change must include a call for hope, a prediction that we can still do something meaningful and a public assault on opposing views, particularly if those views involve expectations of irreversible, catastrophic and existential threats to humanity.

I note that in the case of Mann, he also often includes marketing for his books.

A recent prototypical example of Mann’s Law in action is in this article in The Guardian from February, 2021, where Mann says (among other things),

Doom-mongering has overtaken denial as a threat and as a tactic. Inactivists know that if people believe there is nothing you can do, they are led down a path of disengagement. They unwittingly do the bidding of fossil fuel interests by giving up.

I don’t view Mann’s Law as final or complete yet.  It is a work in progress and I’m open to suggestions for improvements.