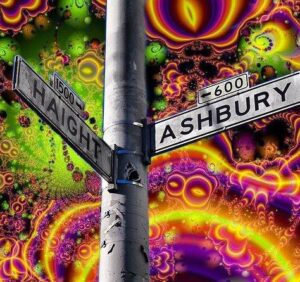 I’ve been paying attention to the goings on at COP-26 this week.  “Paying attention” is a weird way to put it, because the conference is extraordinarily fragmented and directionless. To fully keep up I would need several different iterations of myself each caring about an entirely unrelated topic and with the patience to endure endless lectures and panel discussions, nevermind the pointless political speeches. Okay, I’ve done that virtually over the last week quite a bit, choosing among others the Arctic, Methane, indigenous peoples and Africa. The whole thing reminds me of the math conferences I used to go to in the 1980’s and 1990’s, each person with their niche that only a select few others on the planet care about; partying with pals after the day’s sessions were over, comfortable that your home institution will cover the costs.

At the same time, I’ve been watching the demonstrations on the streets of Glasgow and the world and appreciating the intensity and emotion behind these climate activists and extinction rebels.  But I also see their lack of a clear positive direction (spoiler: there isn’t one).  Their motivation is to be against the system, mostly ending fossil fuels and degrowth, as a means towards creating a barely survivable habitat to live out their lives. And there are also a fair measure of noble savage utopias, green everything, and 100 other bright ideas that in a different universe might be totally awesome and amazing.

Much of the “progress” that comes from inside COP-26 falls under “bright green lies” or “blah blah blah.” In other words, this progress is seen for what it is by the activists and rebels, ways for the system to keep power even while feigning to have lost. But there are more insidious ambitions working under the guise of change from within the activists and rebels, finding ways of milking profit or adoration from those who believe they are above being manipulated. We see these ambitions displayed by those building “adaptation,” “collapse” and “extinction” cults, those creating social media eco-wunderchans, by global engineering entrepreneurs, by celebrity authors disparaging all who don’t agree with them and by those selling the latest green-uber-fixes.

Time for the requisite 1960’s reference (I was born in 1958).  In the wake of the protests to the Vietnam war, the iconic rise of Martin Luther King and other charismatic leaders, and the subsequent counter-culture movement, there was a period of about 3 years when Wall Street had no clue how to market to the hippies and rebels. The counter-culture felt like they had broken the system and the times they were a changing. They had given it to “the man,” would “tune in, turn on and drop out” and would “love the one your with” forever. The summer of love in 1967 was the peak. But by the time the flower children came into full bloom at Woodstock in 1969, savvy capitalists had figured out the flowers they liked for their hair and the most profitable bell bottoms to sell them. The end had begun. With the genesis of “Punk Rock” in the mid-1970’s, the re-corporate re-takeover was re-complete.  No more counter-culture, just consumer-culture dressed in designer counter-culture clothing singing designer-jingles instead of protest songs. 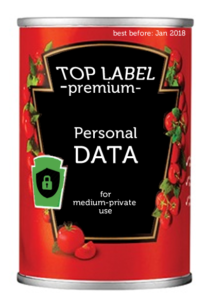 This is exactly what’s happening now, only Wall Street is much smarter today.  With data collection and targeted marketing and influence, these activists and rebels don’t stand a chance.  None of us do. We are understood far better by mindless mathematical algorithms than we can ever understand ourselves.  Amazon recommended the 8″ hard rubber wheels and Twitter put that post on Neurology in my timeline.  Facebook, with its filtered news feed, video recommendations and fast-and-loose monetization of data, is evil beyond belief.  And Facebook continues to meta-fucking grow (please delete your Facebook account).  YouTube has recently gone to two or more forced must-watch ads for every video.  Tik-Tok.  Instagram.  They’ve got us trapped in their meta-verses too. The crush of words, ideas, images and issues is spinning on and on in our heads. Like the 1960’s, the activists and rebels are targeted by personalized content through media companies to become consumers of their specialized crap.  Crap ideas. Crap organizations. Crap solutions. Crap stuff.  It’s not all crap, but most of us can’t tell the difference.

Meanwhile, the environment is spinning more out of control every day.  Between COP-26 sessions, I’ve been watching and reading about heat waves, bomb cyclones, floods, droughts, famine and dozens of other catastrophic effects of climate change.  I’ve heard and watched the few voices I absolutely love and adore getting tired. They post less. They say the same thing over and over.  Adaptation. Collapse. Extinction. Catastrophe. These reports and commentaries can fill my days, but it’s that type of being full we all recognize as being empty. When all news is bad news there is no longer any news. That’s what it feels like right now. There is no news.

We are all facing emptiness and existential loneliness. There is nowhere to go to escape the coming collapse, no community to join, no side to take, no preparation, no arguments with friends, family or foes that will get humanity out of this mess. Climate change is the end.  Humanity is doomed. We are doomed. There is just time to fill and the choices we make on how we fill it, hoping those choices are truly ours and not the consequence of some advertising or pushed video or news feed monstrosity that got us to act according to someone else’s agenda.

We can fill our remaining days with grief, anger and loneliness or we can fill them with kindness, service, creativity, generosity, community and humanity.  We can envision and work towards an impossible future or live in a fully possible present.  We can make ourselves better — better educated, better at listening, better at being a friend, colleague or partner.  And we can use the skills we learn as we become better people to make this inevitable path towards oblivion easier for others.

Go for a walk. Take a deep breath. Kiss a dog. Put a flower in your hair. Turn on, tune in and drop out.  No more falsehoods or derisions.

4 thoughts on “The Age of Aquarius: Thoughts on Freedom and Choice in the Shadow of Doom”